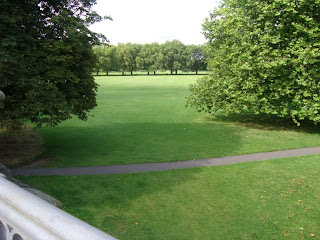 I am Inspector Ian lyons from the Cambridge City reactive policing teams. I have the responsibility of looking after community reassurance during the forthcoming Midsummer Fair from Wednesday,24th June 2009 until Monday, 29th June 2009.

It is paramount for me to hear what your concerns are regarding this summer fair, in particular the way it affects you or your local community. Once aware of these problems I can address them with you and take positive action.

So far feedback from residents shows concerns around the following:

General disorder in the neighbourhood

Loud parties causing disruption to the community after the Fair has finished.

A lot of work has already been done with organisers and other partner agencies to minimise these issues. These include joint high visible patrols throughout the periphery of the Common.

For the fair site itself, this is subject to a planned police operation which has been refined over many years to deal with incidents on the site.

The fair can also have a wider effect on the local community & because of this we will have additional staff on duty many of whom will be your local officers, & the Rural Community Action Team. Whose role is to deal with the issues that affect the wider community. Please be assured that new police powers relating to alcohol based disorder will be used to direct people to leave the area in fitting circumstances - failure to do so may result in their arrest.

During the week leading up the fair the city council event management will be on site. They will hold daily meetings on the site at 10:00hrs  to which community representatives are invited to attend, the local police officers & community support officers will also attend. There will be signs placed out when community support officers are patrolling the area & I would urge you to make contact with them if you see them, any information will be greatly appreciated by them.

If you have concerns relating to a parking , then 'Legion Parking' can be contacted on 01223458500. Having already spoken to the Contract Manager of Legion, I have been assured that there will be an increase of patrols from their officers throughout the week.

During the week please feel free to use e-cops to pass messages to the Neighbourhood Officers. When the fair has finished, I would appreciate it if you are able to give the Neighbourhood Teams some feedback as to your general concerns relating to the Fair. Through this I will then be able to look ahead for next year.